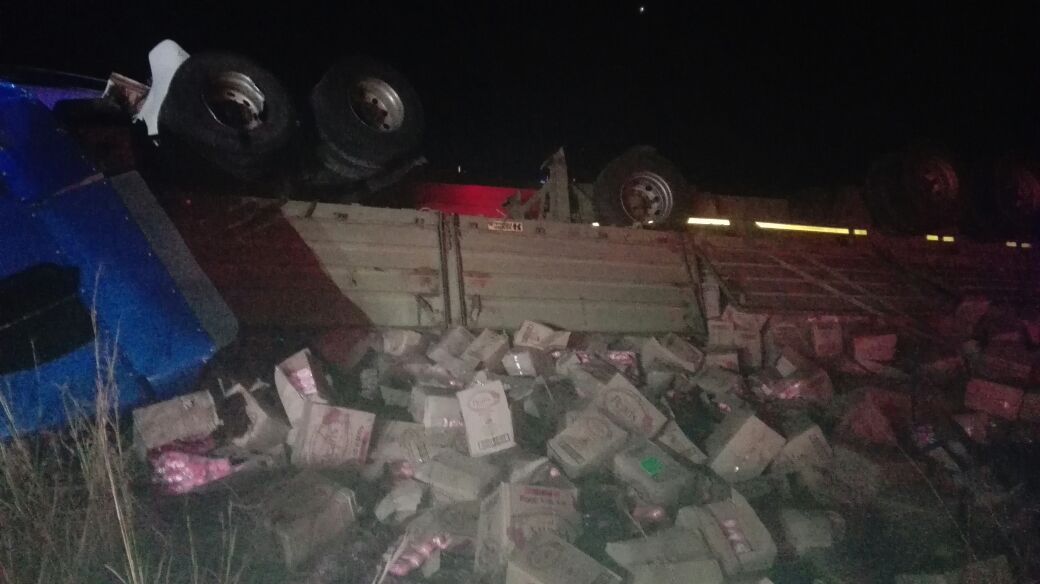 At approximately 04H00 this morning, Saturday 06 May 2017, Netcare 911 paramedics responded to reports of a serious crash alongside the N3 near to the Montrose centre between Harrismith and Van Reenens in the Free State.

Upon arrival at the scene they found that two trucks had left the road, gone through the barrier and rolled down the embankment. One of the drivers was trapped in the wreckage. Fire fighters from Harrismith used the “jaws of life” to free him from the truck. He was in a stable condition and was transported by a Netcare 911 ambulance to hospital for further medical care. The other truck driver was very lucky to escape with very minor injuries.

A third victim was found outside the trucks and had died from his severe injuries. Both drivers alleged that they were alone in their vehicles which led to speculation that the deceased may have been a pedestrian. The incident is under investigation.