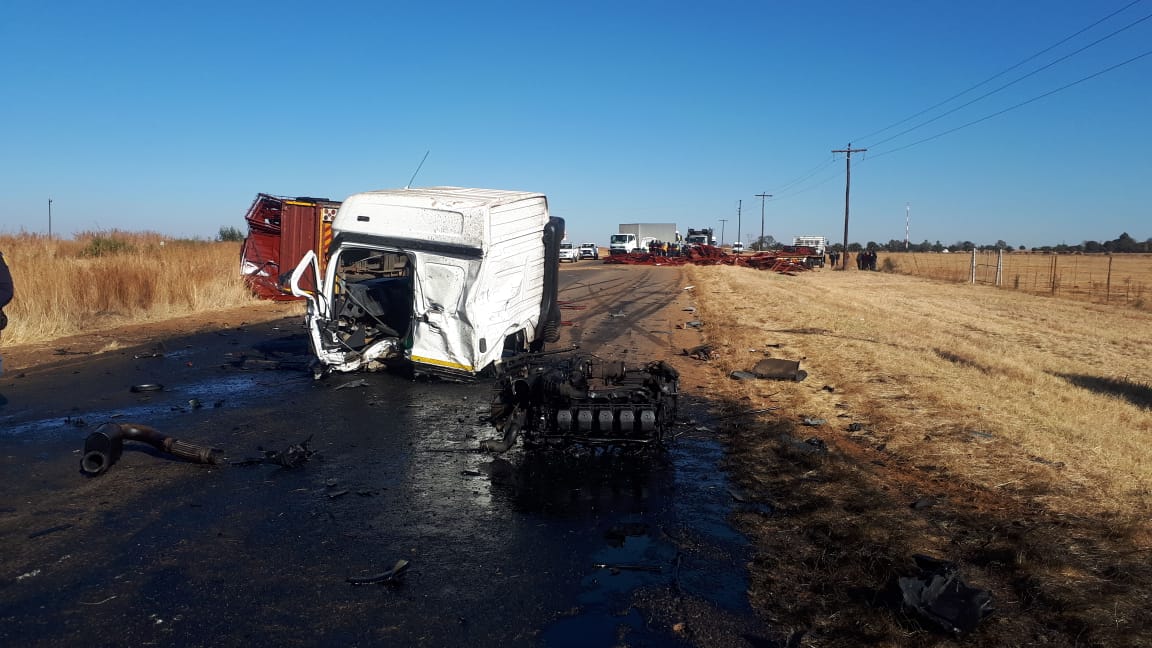 Three trucks were involved in a horrific collision on the R509, 15 km from Magaliesburg this morning, resulting in the death of one and the serious injuries of two others.

ER24 paramedics arrived on the scene at 08:50 to find one trailer on fire and the stricken cab of another in the middle of the road. One adult male from a Dyna mini-truck had been ejected, was found 5 m from his vehicle and showed no signs of life. Unfortunately nothing could be done for him and he was declared dead on arrival. The second male from the mini-truck was treated and transported by Provincial EMS to a hospital in an unknown condition. The driver from the cab found in the middle of the road had sustained numerous, serious injuries and was flown by the ER24 OnePlan Helicopter to a private hospital for further treatment.

Multiple Fire and Traffic departments were on the scene to contain the fire and control the situation. The South African Police Services were also on hand for further investigations.