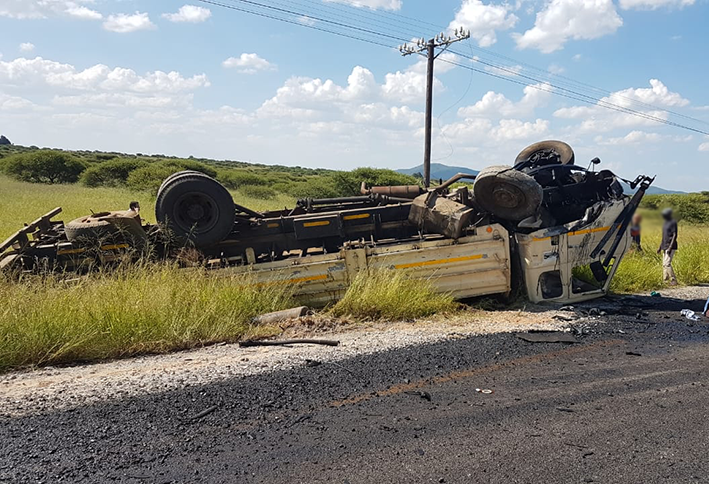 A male driver was killed following a collision between a bakkie and a truck on the N1 North outside of Polokwane this afternoon.

When ER24 paramedics arrived at the scene, other medical services were already in attendance. Upon further assessment, paramedics found the driver of the bakkie still entrapped. Unfortunately, the man sustained fatal injuries and was declared dead at the scene.

The truck was also transporting cattle. It is understood that four of the cattle were managed to be freed by the fire service, but one was killed.

The exact circumstances surrounding the collision was not known to our paramedics. Local authorities were on the scene for further investigations.