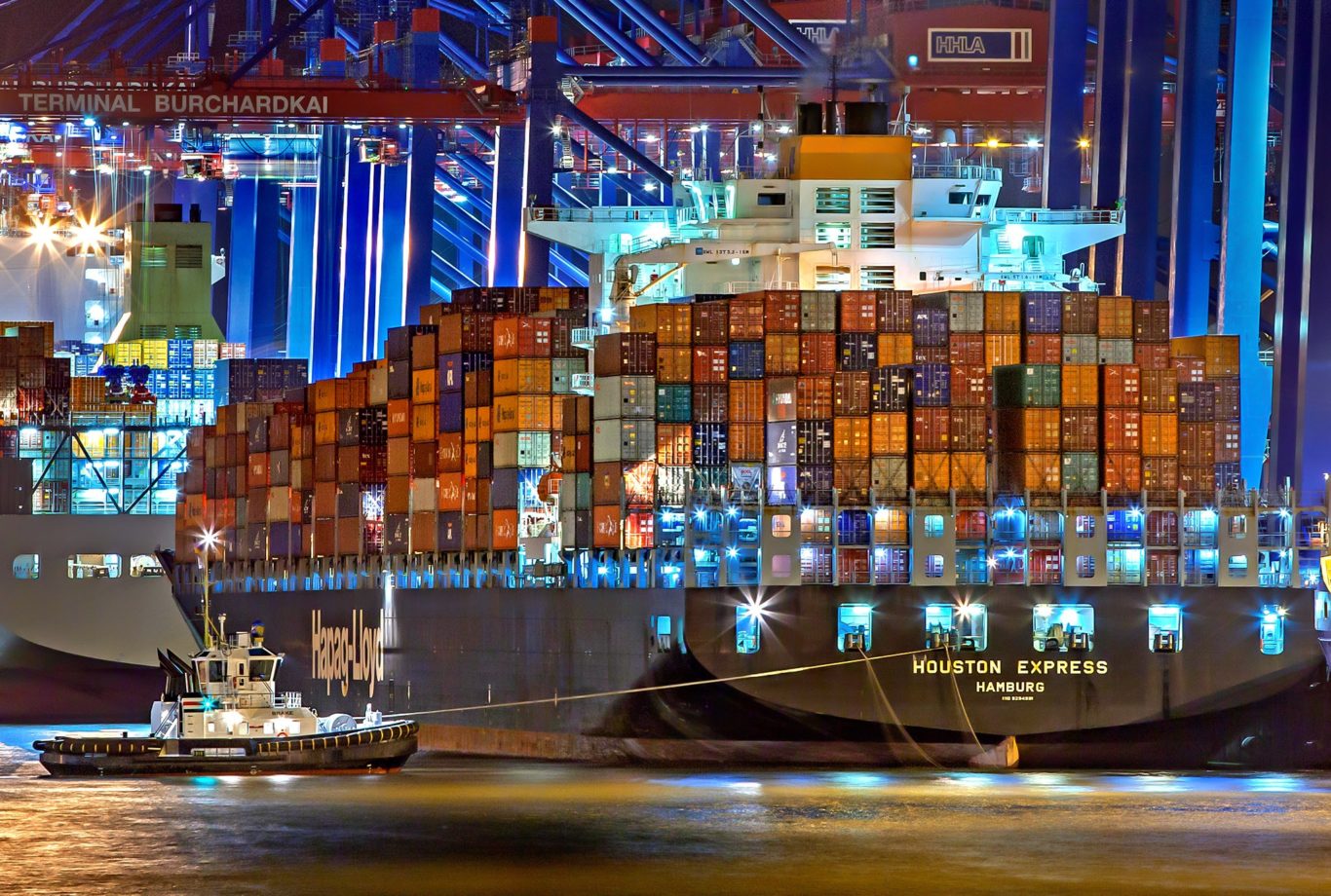 The Ctrack Freight & Transport Index shows that freight volumes are at their weakest levels since April 2016: down 6,8% for the year to January.

Furthermore, international data shows that world trade is slowing at its fastest rate since the 2008/9 recession. According to the World Trade Monitor, world trade volumes declined 1,3% on a year ago towards the end of last year. 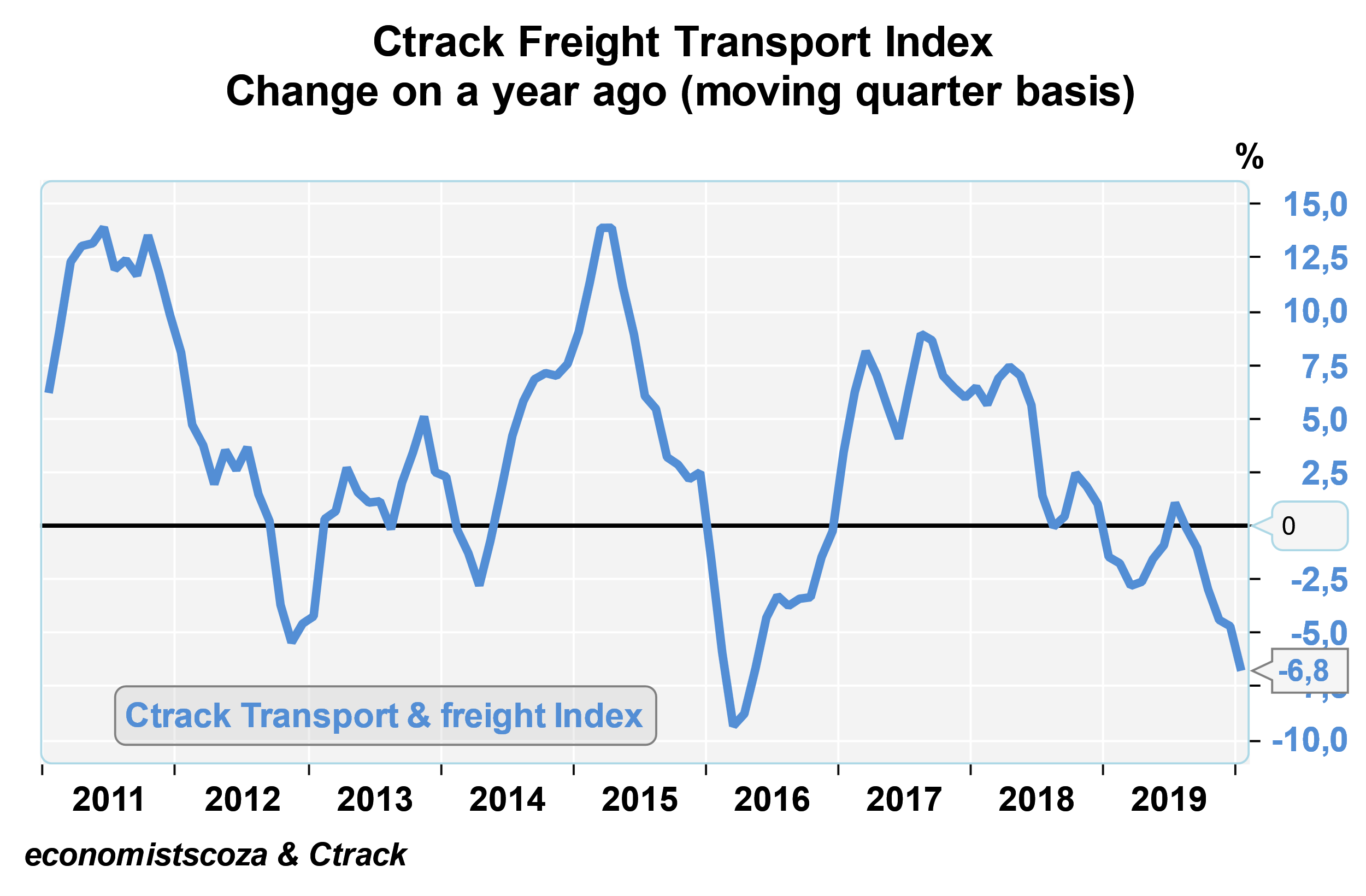 In addition, the China/US trade war has only been patched up by the phase one trade deal, while the breakaway of the UK from the EU is causing trade to slow in Europe.

Thankfully, fuel prices have been dropping. Oil prices are at their lowest levels in years, primarily due to the Coronavirus outbreak. Lower fuel prices helped arrest the decline in South Africa’s pipeline transport volumes (down 0,8% on a year ago).

While sea transport volumes remained positive in January, the significant decline in the amount of bulk commodities handled is cause for concern. 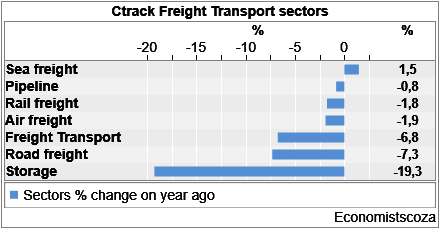 While January volumes are unlikely to reveal much about the Coronavirus impact, China has over 30 million tons of steel in storage. This means that future shipments may be impacted. Moreover, for the last four weeks China has been using about 60% of the usual amount of coal it uses for producing power.

Bulk goods transport is down, with the Baltic Dry Index at its lowest price in over a decade. Break bulk volumes on the other hand have fared better. This may be due to greater bulk imports that were – at least in part – for drought relief in South Africa and in neighbouring countries.

The Beira port in Mozambique is still not fully functional either and some goods are being sent to South Africa. 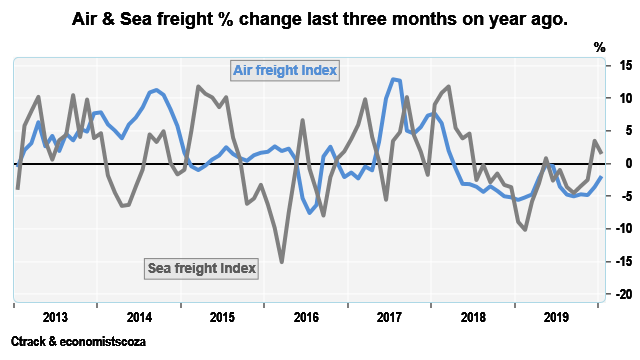 With uncertainty created by load shedding and lower manufacturing volumes, it is no surprise that the storage and handling sub sector has recorded the sharpest declines: minus 19,3% over the last year.

Road freight volumes have declined -7,3% although a slight increase in traffic to South Africa’s northern borders has been recorded. However, internal road transport is sluggish as results from listed logistics companies reflect. 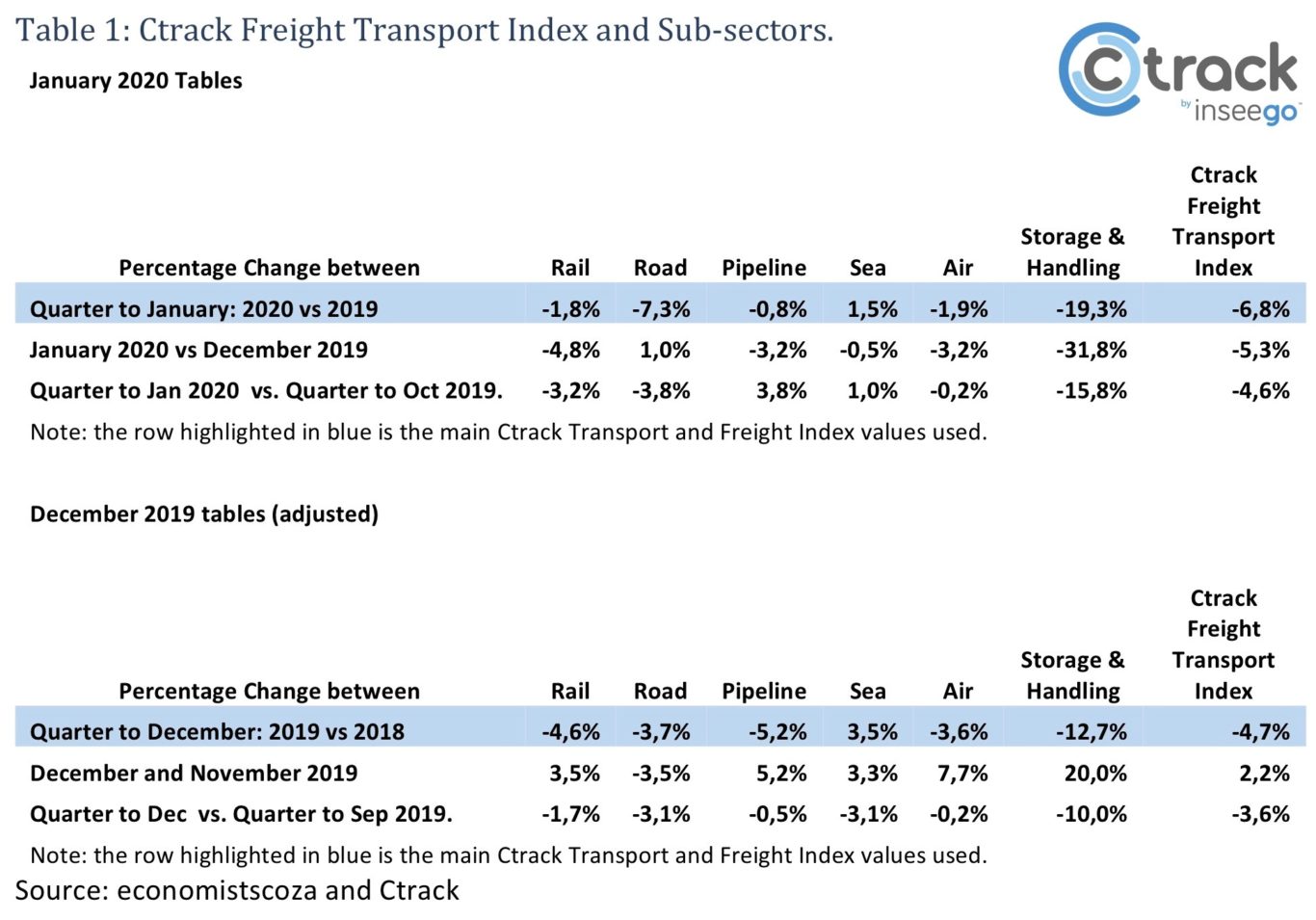 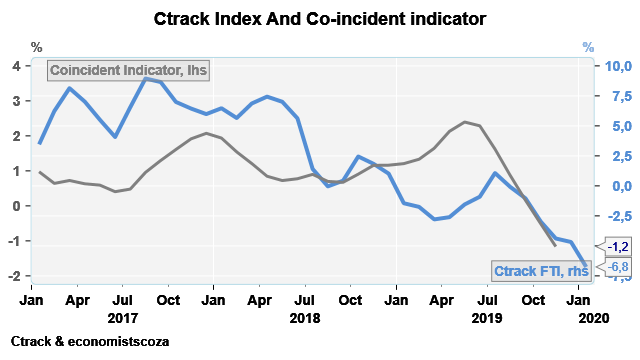 While the Ctrack Freight & Transport Index shows declines across the board, transporters that are prepared and knowledgeable about their markets continue to have an easier time.

Ctrack is convinced that the best way to combat such declines is to have more information at one’s disposal. Real time information leads to better efficiency, while controlling costs. The current downturn is no different and the informed and innovative firms will make better use of opportunities that come their way.

“It is unfortunate that the latest freight volume figures seen in the Ctrack Freight & Transport Index reflect such a widespread downturn,” says Hein Jordt, managing director of Ctrack South Africa.

“Furthermore, the true scope of the Coronavirus outbreak on world trade is difficult to fully comprehend and quantify. Apart from lower freight and transport volumes, the endemic will no doubt also contribute to widespread stockholding reductions. Still, we trust that the Index will reveal better news soon and that global and local economies begin to get back on track quickly,” he concludes.

Note on the data

All comparisons for the Ctrack Freight and Transport Index and the main sub-sectors are calculated on a three-month moving average and compared to the same three months on a year ago unless otherwise stated.

The above smoothing also applies to the World Trade Monitor and most other indices we use.

The idea is to create a uniform understanding and to help smooth out often massive month on month changes in items such as bulk and break bulk which can be influenced by the availability of ships or small stoppages. The smoothing and consistent use help in better understanding the underlying trends.

We do however publish month on month changes for interest and would sometimes include this in our comments.