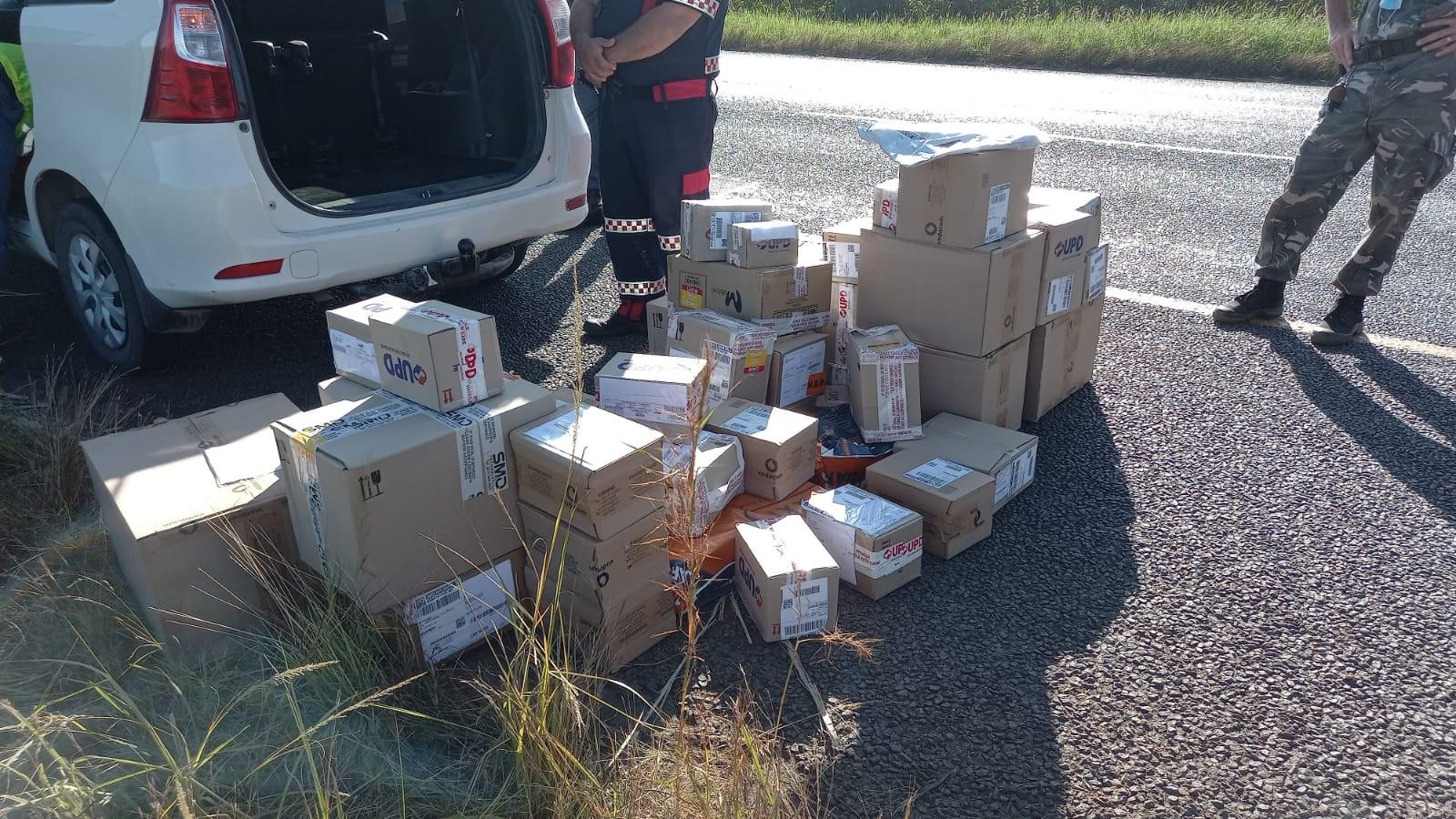 The Police in Mpumalanga has arrested three (3) suspects at Malelane after they have allegedly robbed a courier vehicle yesterday at around 11:00.

According to the information it is alleged that a Ram courier vehicle was robbed at or around Mjejane area (Komatipoort). The Traffic Officials on duty intercepted the vehicle on the N4 next to the RCL Airport Impala, Malelane. They identified the luggage and notified the Police at Malelane, who immediately attended to the matter and apprehended three (3) suspects. Upon interrogation, the suspects admitted to having committed the alleged robbery and one suspect pointed out the crime scene of their alleged robbery.

A total of 53 parcels in boxes were retrieved from the suspects’ vehicle, a white Toyota Avanza. The boxes are alleged to contain cellphones and other unknown valuables.

Police also found a firearm with (04) rounds of live ammunition which belongs to a deceased person from Matsulu.

Both the vehicle and items were seized, and the firearm will be subjected to ballistic testing to verify if it was not used in the commission of crime elsewhere.

Both the three suspects aged 37, 38, and 53 are from Matsulu and will appear before the Malelane Periodical Court on Monday, 13 June 2022 facing charges of Possession of suspected stolen properties, illegal possession of a firearm, and ammunition, and armed robbery (at Komatipoort).

The Provincial Commissioner, Lieutenant General Semakaleng Daphney Manamela has applauded the Traffic Officials who intercepted the suspects and the SAPS members for a job well done.