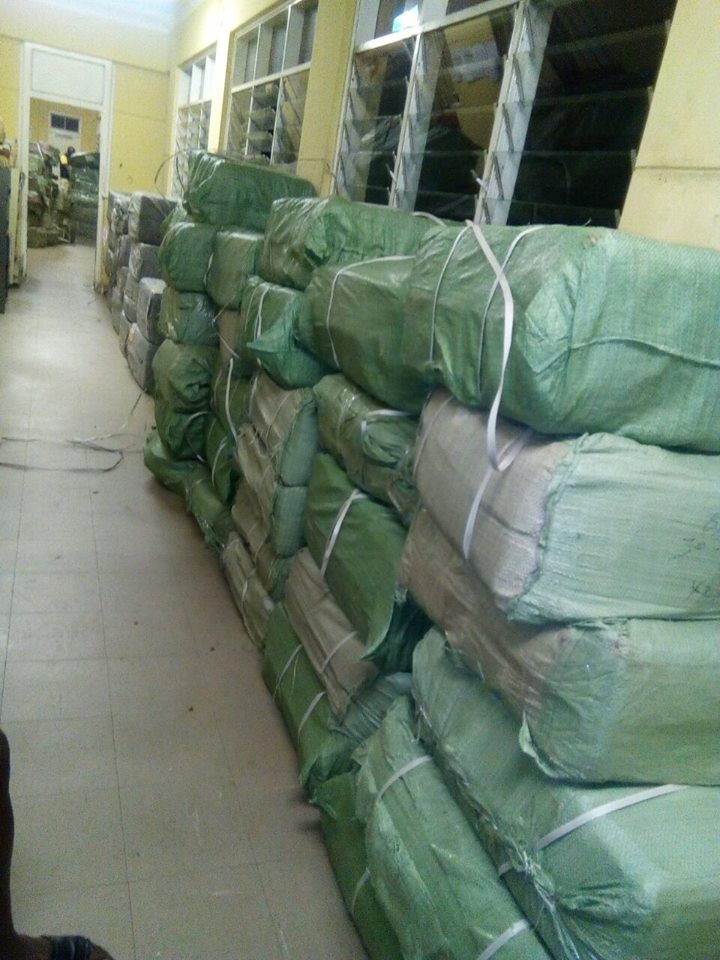 Additional Police deployments in the UMkhanyakude area continues to see results with regards to preventing cross-border crimes in the northern parts of the province. This weekend, police officers from the Public Order Police and Tactical Response Team arrested four suspects who were found in possession of counterfeit goods at Mbazwana. The arrested suspects aged between 23 and 37 years are due to appear in the Ubombo Magistrate’s Court today facing charges of possession of counterfeit goods.

Following concerns from the community in the UMkhanyakude area with regards to hijackings and other cross border crimes in the area, KwaZulu-Natal police management deployed additional police officers to the area. The deployments are bearing fruits as serious crimes are showing signs of stabilising following increased police operations in that area.

Whilst performing crime prevention duties in the early hours of yesterday morning, police spotted four vehicles along the R22 road at Mbazwana. When police pulled over the vehicles, three bakkies and a Quantum, they discovered that the vehicles were full of counterfeit goods. The said vehicles were searched and boxes of counterfeit goods such as shoes and takkies were seized. The occupants of the vehicles could not provide police with a satisfactory explanation as to how they got hold of such goods. All four drivers were arrested and charged accordingly.

The KwaZulu-Natal Acting Provincial Commissioner, Major General Bheki Langa praised the police officers for their dedication towards curbing crime in the area. “We will continue with these operations in the UMkhanyakude area to limit hijackings as well as to arrest those involved in cross-border crimes. I also appeal to the local community to work together with our police officers by providing them with information with regards to wanted criminals living in the area, he said.