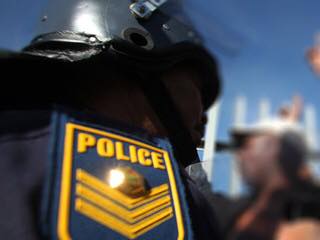 The Western Cape Ministers of Transport and Public Works, Bonginkosi Madikizela, and Community Safety, Albert Fritz, strongly condemn the looting and attacks on trucks in De Doorns and Worcester this morning.

The N1 highway in De Doorns had to be closed this morning after trucks and vehicles were stoned during a protest action. Two trucks were looted by locals during this incident.

In a separate incident on Robertson Road in Worcester, another truck was looted by locals after it was involved in an accident.

“These acts of criminality cannot be tolerated. Our law enforcement agencies must ensure strong action is taken against perpetrators. Anyone responsible for these actions must be brought to book and prosecuted. Our traffic officers are busy on the roads monitoring the situation and diverting traffic to ensure motorists arrive safely at their destinations,” said Minister Madikizela.

“Last month I met with the trucking industry and our Provincial Traffic service has arranged for intensified integrated operations to respond to ‘hot-spot’ areas. Road freight vehicles are soft targets for criminals who attack them, leading to loss of transported goods, damage to the vehicles, injury to drivers and loss of life,” said Minister Madikizela.

Community Safety Minister, Albert Fritz said, “Looting and theft from vehicles, particularly from trucks transporting retail stock, has no place in our society. These acts serve only to cripple our local economy, threaten the jobs and livelihoods of the many hardworking citizens and further instill a sense of insecurity in our society. I condemn these acts in the strongest terms.”

Minister Fritz added, “If you have any information on the perpetrators of these acts, I urge you to come forward and report such to Crime Stop on 08600 10111. Alternatively, you can SMS 322111 or make a report using the MySaps App.”