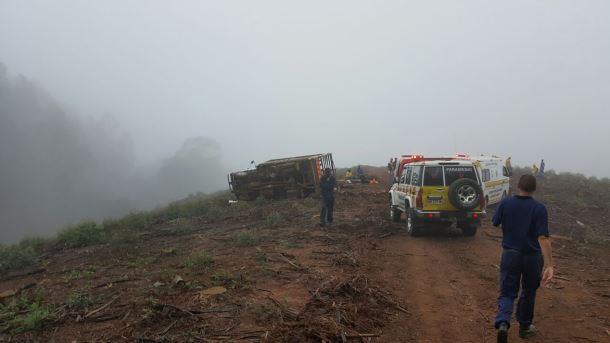 26 people were injured this morning when a truck carrying plantation workers overturned near Agatha in Tzaneen.

Shortly before 9am paramedics from ER24 and local emergency services arrived on the scene where they found the truck lying on its side. The truck’s occupants were found seated near the truck. Two workers sustained moderate injuries while the rest sustained minor injuries which included scrapes and bruises.

Paramedics assessed and treated them on scene before they were transported to Van Velden Memorial and Letaba Provincial Hospitals.

The exact cause for the incident is not yet known.